Even in the middle of the night, people coming into the Hartford Hospital Emergency Department wanting help for substance use disorders can find a friendly, supportive ally in Jonathan Steinen. 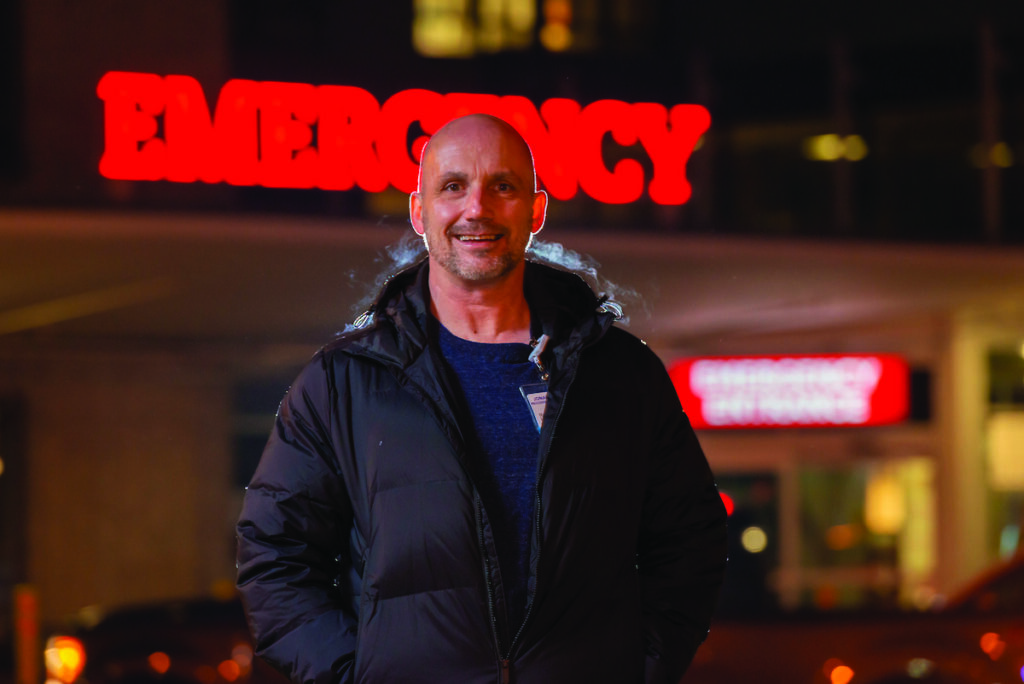 When the world screeched to a halt in March 2020 due to the pandemic, Jonathan Steinen was starting a new job as a second-shift Recovery Support Specialist (RSS) in the Hartford Hospital Emergency Department Purple Pod.

He had just graduated from the Behavioral Health Network’s (BHN) Recovery Leadership Academy, augmenting personal experience with depression and substance use disorder to help others seeking help.

His job is to assist patients in their recovery from psychiatric or substance use disorders, a struggle he understands well.

“I tell people many pivotal moments of my recovery where I changed behaviors were almost always because somebody else in recovery took the time to show me what they did,” Steinen said.

Many are surprised to learn he was once a Purple Pod patient.

“We can have a conversation that’s more meaningful because I get what it’s like to be in their shoes. I think the patients very much respect it,” Steinen said.

Working second shift has pros and cons. It is often difficult to quickly get patients placed in programs or connected to services after regular business hours.

“A lot of effort goes into coaching patients
on how to follow up and connect with care after discharge,” he said. “The pandemic has resulted in long waitlists for shelters and rehousing services.”

He’s also seen a steady flow of patients coming for substance abuse and intoxication, including those using the department often.

“It is a challenging population to work with, and failure to connect patients with adequate services is frustrating and heartbreaking, especially when the patient isn’t willing to engage in helping themselves,” Steinen said. “I try not to give up on anybody because there was a period in my life when I wasn’t catching on to the whole recovery thing and was in and out of programs,”

Despite being a newcomer, Steinen formed incredible bonds with colleagues.

“It’s a smaller staff on second shift, so it’s more intimate and I think there’s that need to have each other’s back to keep it a safe environment for everybody,” he said.