Trauma heats up on the night shift 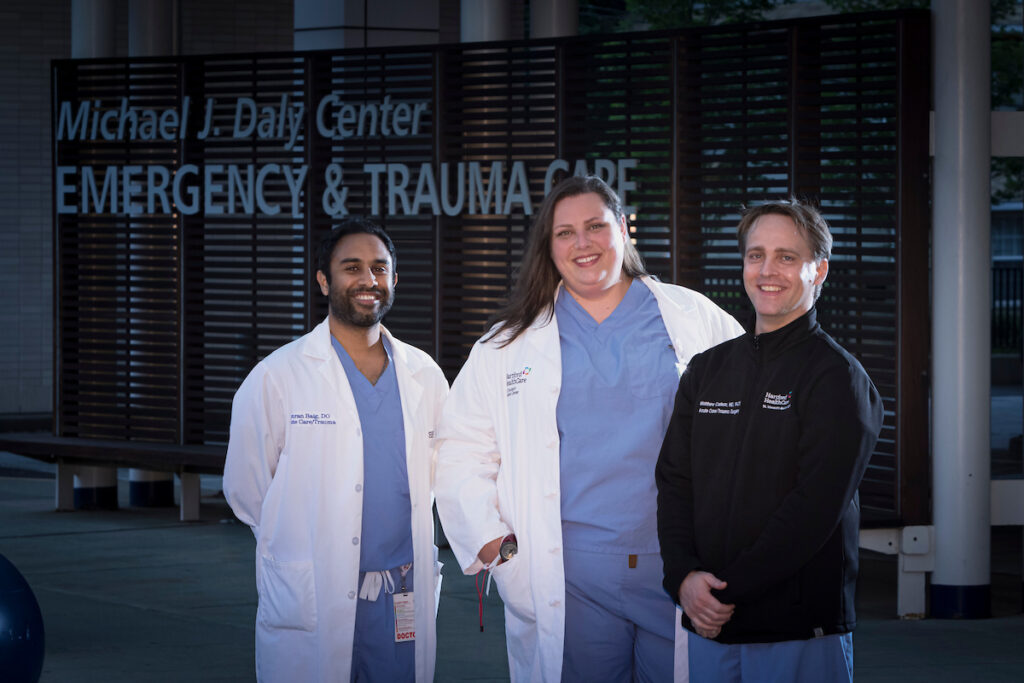 The team is activated when a patient arrives with any number of potentially life-threatening issues, from gunshot and stab wounds to respiratory distress to injuries from a car crash. It’s more than doctors and nurses responding, too. Such severe emergencies often bring a host of social issues that need attention from trained staff as well.

“It can include social work, case management, the chaplaincy and more,” explained Dr. Matthew Carlson, a trauma surgeon and medical director of the SVMC trauma team for seven years. “There can often be complicating social issues. This can be a challenging patient population.”

The full team may be needed, or a subset of that team, depending on the case being brought in by Emergency Medical Services. They supplement and complement the Emergency Department staff as needed.

In addition to caring for patients in the emergency department, trauma team members also do public education programs like “Stop the Bleed,” teenage drinking and driving awareness, and fall prevention for the elderly. Before the onset of the COVID-19 pandemic, they would go out into the community to run programs and host them in the hospital, said Trauma Program Manager Chayelle McKay.

Team members need to be able to deal with the ebb and flow of trauma cases — Dr. Carlson noted that they never know when all hell will break loose.

“Nicer weather does bring more trauma cases because more people are out. But, otherwise, you don’t ever know. Certain days of the week, holidays, full moons don’t correlate to cases. At times, it seems we are bursting at the seams and, at other times, it’s thankfully really quiet. We can go from super-saturated to very slow. It’s that ebb and flow that helps you mentally recuperate.”

During COVID, Dr. Carlson and McKay were redeployed to focus on the virus since trauma cases were significantly down during the peak of the surge. Instead of wounds and car crash victims, patients were arriving in the emergency department “with oxygen saturation levels in the teens to the 30s. They had been suffering at home until they were so sick that they finally came in,” Dr, Carlson recalled.

Working on the trauma team has always been emotionally taxing for staff, he noted, because “we can see some pretty tough stuff. We do have formal debriefs for really difficult cases, like a pediatric drowning or something really severe. In those, we gather all the members of the team who were involved and, in a very thoughtful way, we talk about it. That helps significantly.”

COVID was just as hard for staff, he noted. In the aftermath, he said he believes colleagues will find it easier to acknowledge when they are struggling and ask for help.

“It made us all more aware of how we were feeling,” he said. “We are more cognizant of the need to take care of ourselves and of each other. Trauma can be traumatic for the patient and for the provider.”