Why We Do It

Skier: Horrific Accident Made Me a Better Nurse

In March 2021, Katie LaPierre crashed down a steep embankment skiing in the Berkshires, leaving her body essentially broken.

Her back, neck, pelvis and both scapulas were fractured; her liver and spleen lacerated; and her left kidney no longer functions. Knocked unconscious, she was transported to Hartford Hospital for pelvic reconstruction.

What remained intact, however, was the 25-year-old nurse’s resolve to walk and be independent again, walk down the aisle at her wedding, and return to the Backus Hospital Emergency Department where she works overnight shifts.

“In all the times I have been to Backus in any department, nurse Kathryn LaPierre was the best I ever had. If there was a rating for EXCELLENT, it would not be enough,” wrote one.

Being injured, undergoing major surgery, seven weeks of inpatient rehab and more at home, LaPierre said, made her a better nurse. It also made her a great patient, said Michael Liguore, site supervisor at Hartford Healthcare Rehabilitation Network, Enfield.

“Katie was a rock star,” Liguore said. “She brought an infectious positive energy to each session, and pushed herself past each barrier she encountered. You could tell nursing is in her DNA as she wanted to help those around her. She encouraged other patients to be motivated and optimistic about their recovery, creating an environment of success and drive.”

What LaPierre said she now brings to her job is “a different understanding of all the little things that really go a long way. Being the patient was very eye-opening. When a nurse takes the time to talk to someone who might be feeling lonely or is in pain, that goes a long way.”

In the ED, she also better understands how confusing it can be for patients.

A nurse for a only few years, LaPierre isn’t slowing down. She is currently enrolled in a nurse practitioner program through Elms College. And, asked if she plans to ski again, her answer was fast: “Yes!”

Three Strikes and He’s Still Out There Hiking

Glass-half-empty people might think 72-year-old Louis Tafuto is unlucky because he’s had cancer three times: colorectal in 2014, prostate in 2018 and liver in 2021.

“It’s been a long road but I am feeling pretty good now,” Tafuto said. “My prognosis is guarded, but we are optimistic. We are very blessed — we have had good people taking care of us every step of the way.”

“He told me, ‘Your results are all good except your liver panel,’” Tafuto said. “He ordered more tests.”

An ultrasound, MRI and CT scans confirmed there was a large mass on his liver and a biopsy confirmed cancer. Tafuto was referred to Dr. David Curtis of the Hartford HealthCare Cancer Institute for surgery.

“Dr. Curtis walked us through what he wanted to do,” Tafuto said. “I was a good candidate for the surgery so we said let’s go ahead.”

In an 11-hour procedure at Hartford Hospital, Dr. Curtis removed 70 percent of the liver and the gallbladder, while reconstructing the left bile duct.

“When I woke up, Dr. Curtis came in, put his hand on my shoulder and he told me, ‘Today was a wonderful day,’” Tafuto remembered. “I am extremely grateful. Dr. Curtis is a genius, a miracle worker.”

The length of the surgery was a good thing, Dr. Curtis said, because “if I had discovered the cancer had metastasized, spread beyond his liver, we would’ve been done in under an hour. We want to work a long day. We want to carefully get all the cancer out and give him the best chance for remission.”

Typically, liver cancer doesn’t present symptoms until it is far along, making it difficult to treat.

“It’s a testament to sticking to a regular blood work schedule even during COVID that the cancer was detected this early,” Dr. Curtis said.

In chemotherapy under the care of HHC oncologist Dr. Timothy Hong, Tafuto may need radiation but, regardless, he and Yvonne are not slowing down.

“We walk three to four miles several times a week. We travel to see our sons and grandsons,” he said. “Dr. Hong told us to live our lives.” 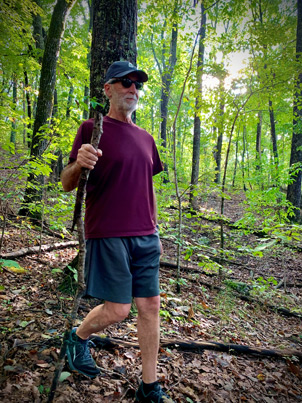